Picking the easiest engineering degree is anything but a simple task. This is because in reality no engineering degree could ever be considered easy. In fact the general consensus is there are just varying degrees of challenging and difficult.

engineering degrees are certainly in demand, as more students realize how lucrative a career in engineering can be, many are unaware of just how difficult it can be to obtain. As a result the dropout rate far exceeds most other degrees considered of a similar academic requirement such as medicine. The irony here is medicine as a rule is a degree that is generally more difficult to get accepted into. Although this is due to demand rather than any other factor.

The sheer amount of work an engineering degree student has to put in compared to most degree courses requires a a strong commitment and serious work ethic. In most cases engineering students will have less free time due to study commitments and this can be difficult especially for a first year student to adjust themselves to.

The truth is like most aspects of education if you don’t find the subject of your studies at least partially interesting you may struggle to find the motivation to see it through and succeed. This is especially true when it comes to employment where more demands will be placed upon you and you may find yourself starting at the very bottom of the ladder performing menial tasks. It’s a fact that there are modules of any engineering degree that will be spectacularly boring while others will be stimulating and whet your appetite for your chosen career path. Being at least a little passionate about your direction will help you ride out the more difficult periods much more easily, especially when fellow students appear to have less work load. 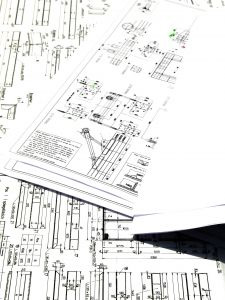 Which Students do better than others and why?

It’s a fact that students with a strong foundation in mathematics will find the study requirements less demanding and the concepts involves more easy to comprehend. While it’s generally accepted that mathematics makes up a large part of engineering it should also be noted that an ability to problem solve and seek innovative solutions is also imperative, likewise the ability to communicate something complicated in a simple and concise way will also take you far.

Many people argue that although still considered extremely challenging Civil Engineering is the easiest engineering degree to obtain, but that’s only part of the story. Those same people may also consider it to be one of the most difficult career choices however as the demands and levels of responsibility can far exceed other occupations.

For instance a Civil Engineer may be responsible for projects with much larger budgets and time constraints (e.g. the building industry) where pressure and a high level of urgency are accepted as part of the job. Consider that the majority of major building contractors operate on margins as small as 1%.

While this still equates to considerable profits due to the vast sums of money involved in large construction projects such as high rise residential building and large scale commercial projects. If a job goes badly and runs behind schedule this can create enormous pressure and financial loss for the builder who often employs the civil engineer and works closely with them often to try to get the job back on track.

There is also a General Degree of Engineering which is based more on the principles of engineering without specializing in any one specific direction. It is considered an introduction to engineering and due to this fact the work required to complete is not directly comparable making it one of the easiest engineering degrees.