One of the most quickly progressing engineering types is agricultural engineering. Major advancements have been made utilizing technology (GPS, or Global Positioning Systems, specifically) to make agriculture more efficient and effective.

There are also parts of agricultural engineering that overlap with other engineering disciplines - namely mechanical, civil, structural, and electrical/electronics engineering.

What is Agricultural Engineering?

The below video shows highlights of Iowa State University’s Agricultural Engineering program, interviewing current and former students about what the program entails, and gives a good video overview of exactly what agricultural engineering is.

Agricultural engineers focus on the large-impact areas of agriculture. As with most engineering sub-disciplines, there are very specific areas where students can specialize. We have noted some of the most common and most progressive below.

Some typical areas of study include the design of agricultural equipment or structures (overlap with mechanical and structural engineering). Major advancements have been made in this area, especially with equipment. Large-row planters and automated driving and steering by many farming equipment companies are several mechanical advancements made with agriculture.

Bio engineering is a very quickly advancing industry, and a hot-button topic for many people when it comes to food engineering and genetically modified organisms. However, engineering different crops’ genetics to be able to use less pesticides, be pest resistant, or to more quickly and efficiently farm crops is a growing concept for most countries, especially third world countries. Biotechnology has also made advancements, such as producing pharmaceuticals, such as human insulin for diabetics and medicine to treat numerous diseases.

Especially with large-farming companies, there is quite a bit of animal waste and chemical runoff. There are overlaps with environmental and sustainability engineers, where they work together to create the most environmentally friendly solution while being efficient for the farm.

There is a lot of science and math that goes behind deciding how to use parcels of land. Crop rotation is not quite as common in some places as it used to be 50 years ago, but figuring out how to allocate land and water is important in trying to reduce the amount of chemicals and other resources farmers need to use, which reduces cost.

The below video gives a nice summary of precision agriculture from a high-level viewpoint. 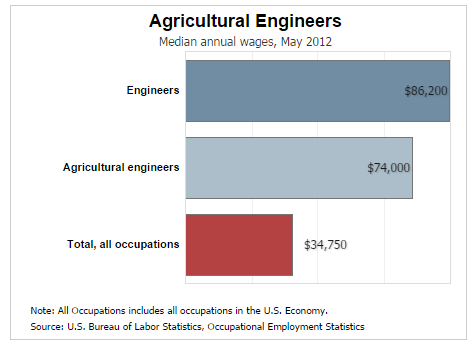 Although agricultural engineering has grown the past decade, many think it has plateaued for a bit, including the Bureau of Labor Statistics, which is is projecting 5% growth over the next 10 years, slower than average. 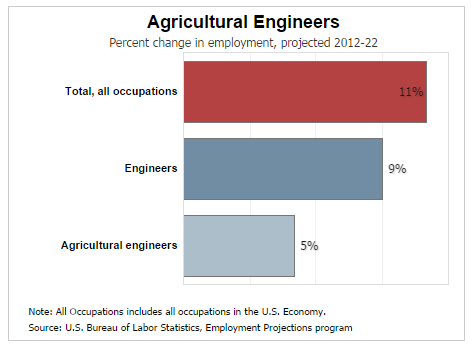 There are a number of different schools that offer agricultural engineering degrees, and a lot are located in the Midwest and on the West Coast. Below are a few examples with links to the ag engineering department: 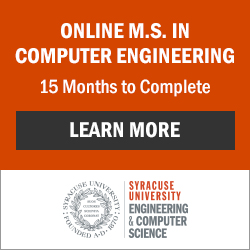